This paper considers an exhibition organized in 2007 about the design of Louvain-la-Neuve, a Belgian New Town and campus, as a case study in the possibilities and limits of representation.  The paper will contend that certain characteristics of the object (not only Louvain-la-Neuve itself, but its design – in other words, both acts and products of those acts) constrain its representation in critical ways.  The town, its design, the exhibition, and its design may all be understood respectively as “spaces of action and decision” which co-exist in a field of mimetic tensions.  In this context, possibilities of navigation and interaction available to exhibition visitors are of particular importance and will vary according to different sites, users and design decisions.

The paper will evoke four modes of representation used in the exhibition: Reënactment, Reproduction, Analysis, and Critical Judgment.  We will explain in what way the first two, which we consider “analogical” modes, are of interest because of a certain rhetorical “nearness” to the object.  For the latter two, on the contrary, it is the “distant” or discretizing character of these “logical” modes of representation that will concern us.  We consider that this means of understanding representation helps to show the interdependence between objects in general and their representation.  By the same token, we hope to contribute to a kind of “poetics” of exhibition-making in architecture and urbanism.

David Vanderburgh is Professor of Architecture at the Université catholique de Louvain, where he has taught since 1995.  He publishes and speaks regularly on such subjects as architectural competitions, theories of representation and drawing, and the discipline of architecture.  In 2007, he was co-curator of a major exhibition on the design of Louvain-la-Neuve, the first Belgian new town to be realized since the 17th century.  He co-edited and wrote the introduction to the collective volume, Tourism Revisited, published in 2007.  In 2006, he held a research fellowship from the Canadian Embassy for the comparative study of Canadian and Belgian architectural competitions.  He is currently President of the Architecture, Urbanism and Civil Engineering Department at UCLouvain.

The International Conference on Analogous Spaces interrogates the analogy between spaces in which knowledge is preserved, organized, transferred or activated. Although these spaces may differ in material, virtual, or operational ways, there are resemblances if one examines their ‘structure,’ ‘form’ and ‘architecture’. How do these spaces co-exist and interrelate?

The conference will be organized around three main themes: 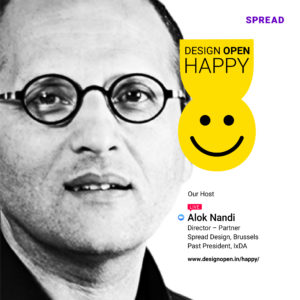 “Cooking is a language, through which society unconsciously reveals its structure.” – Claude Lévi-Strauss ~ The Origin of Table Manners: Mythologiques, Vol. 3, 1968

“The universe is made of stories, not of atoms.” – Muriel Rukeyzer ~ The Speed of Darkness, 1968